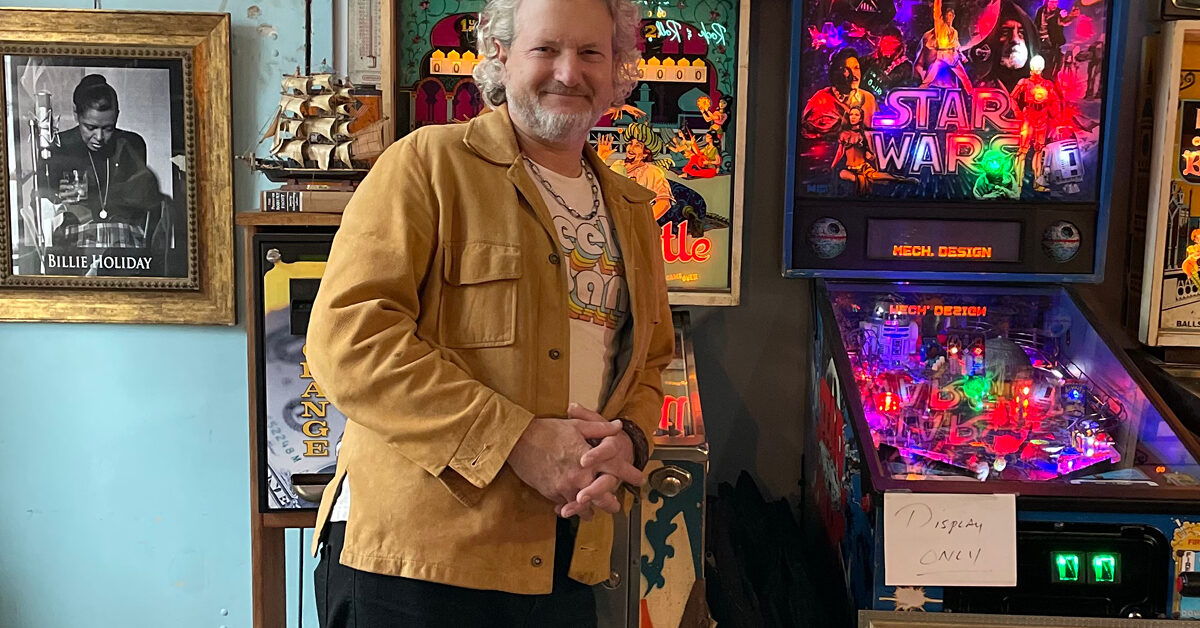 The Panorama Music Exchange, nestled right next door to the Panorama Music House at 331 Broad Street in downtown Lake Charles, is more than just a music store specializing in the sale of vinyl. It’s a mesmerizing mix of music, memorabilia, and random, often forgotten history of Southwest Louisiana.

“Things just start to come to you,” says Bam Arceneaux, the owner and curator of this eclectic collection. “It’s like a vortex, in a way.”

In some ways, Arceneaux was born to do this, with music and history and joy seeming to radiate from his aura. His grandfather owned Zypien’s Music & Record Store from 1946 to 2001; first on Iris Street, Lake Charles, and later across from McNeese State University where Raising Cane’s Chicken is now located. In addition to selling musical instruments and sheet music and such, Zypien’s was also the exclusive retailer for Sony products in SWLA back when that was a thing. “Which means if you bought a Walkman in Lake Charles, you bought it from my grandfather,” Arceneaux explains before showing off other unique Sony products that survived and found their way to his store, such as a sound camera – an old reel-to-reel recorder worn around the neck for portability.

Music is simply in Arceneaux’s blood, so it’s no surprise that his first dream was playing music, which he did for many years in Texas alongside bands such as The Toadies and New Bohemians. When it appeared that music might not work out long term, the pull of the music shop was there. In 1995, he moved to Lake Charles to help with his grandfather’s shop until it closed. After that, he worked as a carpenter for 20 years, which actually brought him back full circle.

While working on the rebuilding of the Panorama Music House post-hurricane Laura in 2020, the question arose of what to do with the other half of the building. A few ideas floated around before Arceneaux looked into taking it over himself; and just like that, The Panorama Music Exchange was created.

Arceneaux is like that older brother you never had or a cool uncle you admire; his enthusiasm for what he does is infectious, and he is more than happy to share his wide breadth of knowledge. He says one of his favorite things is when teenagers come in looking for an album on vinyl and engaging with them.

“Teenagers are going through the renaissance of vinyl and audio appreciation,” Arceneaux says, “I have a system set up here, and I’ll have them sit down on the couch, and I’ll crank it. Then you get to experience what a record is. A lot of my job is educating these kids.”

In addition to music on vinyl, CDs, and even 8-tracks, the Panorama Music Exchange has everything from vintage t-shirts, to musical instruments, to artwork, to musical instruments as artwork. There are drum-head wall-lights and premium matchbooks in styles you probably haven’t seen before, or if you have, it’s been decades. There’s even a working jukebox on the floor that you can take home with you . . . if you give Arceneaux the right price. Everything at the shop is for sale. “There’s a lot of history,” Arceneaux says, “But it’s all centered around music. Even the pinball machine. People who are into records are into pinball.”

If you find something in the store that’s perfect for that out-of-town friend, The Panorama Music Exchange ships worldwide, and a lot of sales are online, which you can check out yourself on their Facebook page.

Moving forward, Arceneaux hopes to have live music on his stage in the back and to host midday CD release parties for local bands, as well as find ways to get those slightly bigger bands traveling from Houston to New Orleans to stop here and play a small, rocking set. Don’t be surprised if he eventually presses his own vinyls of those shows further down the road.

With the inventory constantly changing as new merchandise comes in and old treasures go out, you’ll never know what you might find, making each trip its own adventure. It’s also a fantastic place to get lost for an afternoon, and the perfect place to score a memory to take home with you. 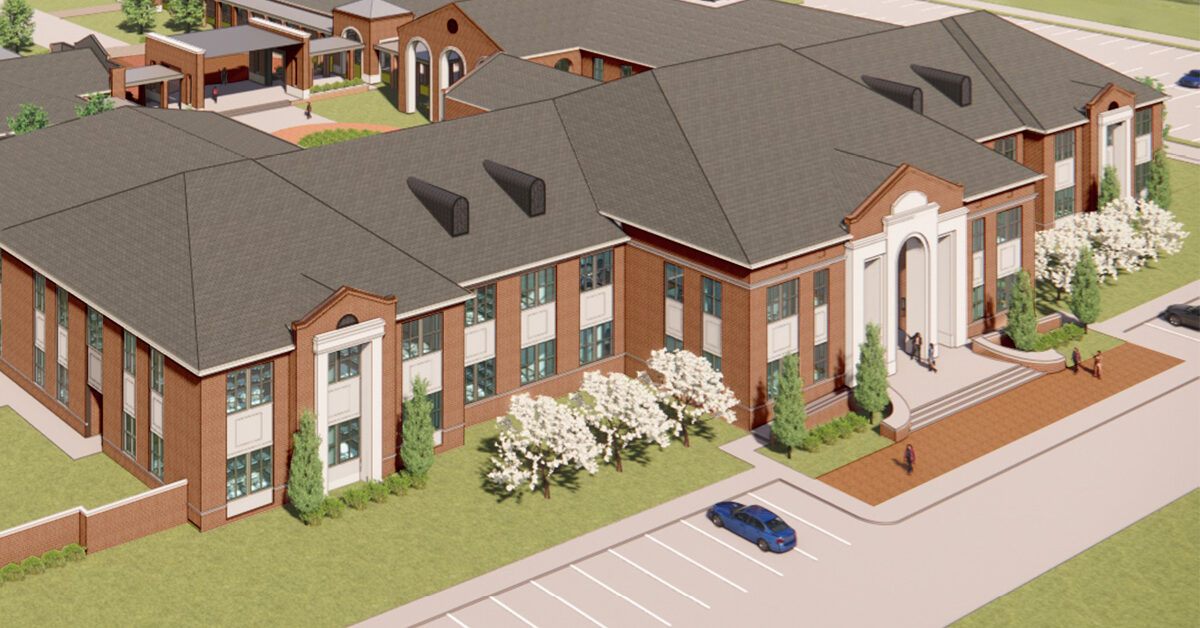 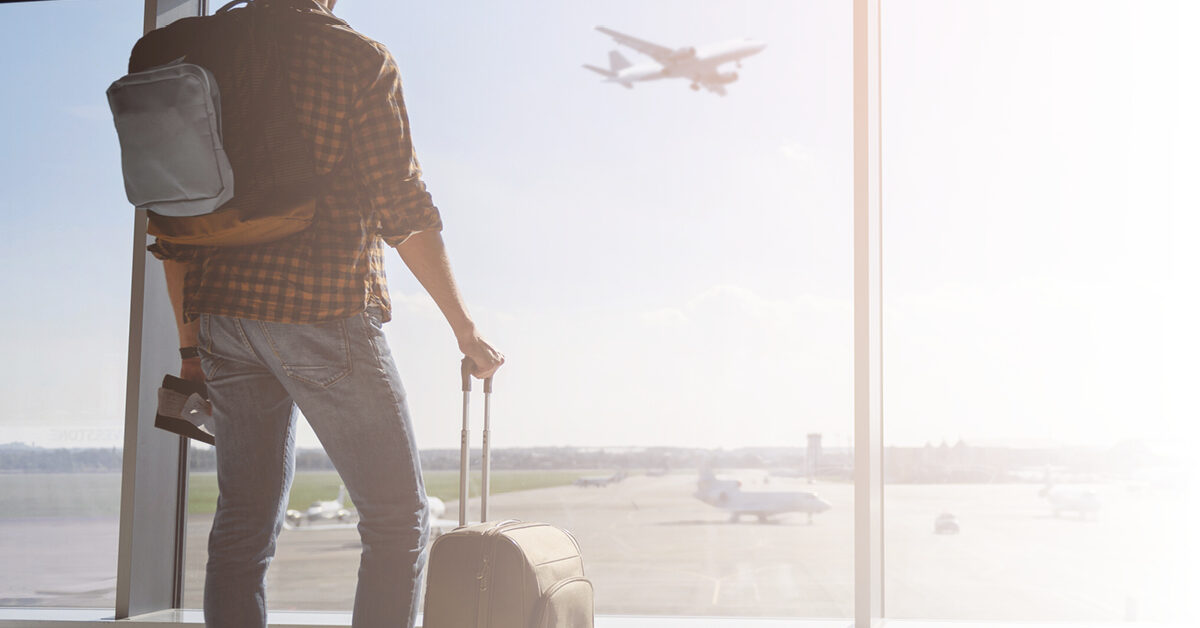